Over the counter pain relievers like ibuprofen, referred to as NSAIDs, are often the first resort for relief, but they are associated with severe risks to health. Regardless of the risks and warnings, many people are using NSAIDs for much longer than they should. Can you switch the pills for CBD, or at the very least reduce your NSAIDs use? In this article we will take a look at everything you need to know about CBD and NSAIDS.

NSAIDs are non-steroidal anti-inflammatory drugs, such as Aleve or Ibuprofen, which can be bought over-the-counter, without a prescription. They are effective at providing relief of pain and inflammation, but also come with great risks to health.

The most common uses of NSAIDs are for short-term pain relief, but many users, especially older ones, are taking an alarming amount of these drugs for extended periods of time.

Risks of Using CBD and NSAIDs

The medical community has known for well over thirty years that NSAIDs could be responsible for serious problems in the GI tract. Furthermore, numerous studies now confirm that taking NSAIDS for longer than recommended can drastically increase the risk of many types of gastrointestinal health issues.

A recent study illustrates the risks of taking NSAIDs showing that –

“Chronic NSAID use increases the risk of peptic ulcer disease, acute renal failure, and stroke/myocardial infarction. Moreover, chronic NSAID use can exacerbate a number of chronic diseases including heart failure and hypertension”

Some 40% of people age 65 years and older fill one or more prescriptions for an NSAID each year, with many more buying them over the counter, according to the study.

NSAIDs cause an estimated 41,000 hospitalization and 3,300 deaths each year among older adults. The most common side effects or reactions listed in the study include adverse effects to systems such as the –

Taking the lowest dosages for the shortest amount of time is the recommended method for taking NSAIDs. However, data indicate that most people use these drugs chronically, which is against expert recommendations due to their high toxicity, especially in the GI tract, liver, and kidneys.

Using NSAIDs regularly to combat chronic pain and inflammation is a guaranteed way to increase your risks of heart failure, kidney failure, and liver disease. Now let’s take a look at CBD’s effects on and inflammation.

CBD is an all-natural, non-intoxicating drug extracted from the hemp plant. It’s been shown in numerous clinical studies to have powerful analgesic, or pain-relieving, and anti-inflammatory properties.

Although hemp is similar to marijuana, it differs drastically in several ways. Hemp-derived CBD contains little to no THC, the main psychoactive compound found in marijuana. That means it won’t get you high and isn’t associated with the deleterious effects of THC such as increased anxiety or paranoia. CBD studies indicate that the substance is incredibly safe, even in high dosages.

Thankfully, there’s an alternative to NSAIDs that may be suitable, and much safer. Studies on CBD’s effects on pain and inflammation, although in their early stages, have yielded promising results.

Numerous clinical studies in humans and animals indicate that CBD has powerful pain-relieving anti-inflammatory properties. Experts believe that the compound is able to reduce the amount of “pain-signals” that are sent to the brain and can also boost the body’s natural pain-relief biochemicals.

This combined with its anti-inflammatory properties indicate great therapeutic value in painful conditions such as arthritis, lower back pain, migraines, and other chronic conditions commonly treated with CBD and NSAIDs.

How Does CBD and NSAIDs Interact?

Will taking CBD change the effectiveness of NSAIDs? Wondering how you could you reduce your need for NSAIDs? Both CBD and NSAID drugs have been shown to be effective for pain relief and inflammation, but what happens if they are combined?

Studies show that there may be a synergistic relationship between CBD and NSAIDs. That means CBD oil could help you to take fewer pills while experiencing greater relief.

Drugs like acetaminophen, however, are more complex in the way they act. Acetaminophen, a common OTC pain reliever, doesn’t have much of an anti-inflammatory effect, however, it can reduce pain.

Experts studying the drug found out in 2005 that its pain-relieving properties are potentially due to the fact that it can increase anandamide levels in the bloodstream. Anandamide is an endocannabinoid responsible for attenuating many functions of the body, including pain perception and inflammation.

What else increases anandamide? You guessed it! CBD oil. Researchers are still working to understand the mechanisms in which acetaminophen may act to relieve pain. However, early studies suggest CBD may be the safer alternative for boosting anandamide.

Further studies on interactions with CBD and NSAIDs suggest that NSAIDs may be able to boost the anxiolytic, or anti-anxiety, effects of CBD oil.

Scientists believe this happens by inhibiting the COX-2 enzyme that metabolizes the endocannabinoids which CBD can increase, such as anandamide and 2-AG.

We still have a lot to learn about the mechanisms by which these drug interactions take place, but our current understanding indicates that CBD oil products could improve the relief provided by NSAIDs, if not potentially replace them all together.

CBD and NSAIDs: The Bottom Line

Regardless if you’re an athlete using NSAIDs for post-workout relief, or an older person using them to treat arthritic pains, you should take the health risk warnings very seriously.

Data shows us that pure CBD oil could improve the way NSAIDs act and that it could potentially be a better substance to use for pain and inflammation altogether.

Remember, serious medical conditions always warrant consulting a physician or doctor first. CBD and NSAIDs will affect each person uniquely depending on many different factors. It’s always best to begin taking CBD and NSAIDs, in low dosages to gauge how your symptoms respond before taking larger doses. Always talk to your doctor first.

Have you had success using CBD to reduce or eliminate your NSAID use?  We’d love to hear about it! Connect with us on social media and drop us a message in the discussion section below and let us know about your experiences.

You can learn more about CBD and NSAIDs and their health benefits in our other articles on our blog. Be sure to bookmark our site so you’re always just a click away from more CBD content and sign up for our newsletter to receive regular discounts on CBD products.! 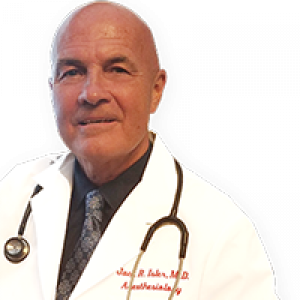