CBD Gummies are legal in all 50 states and several other countries as long as they abide by labeling laws and contain less than the federal legal limit of 0.3 % THC content. Cannabidiol derived from hemp, and hemp derivatives such as hemp seeds, biomass, and non-THC cannabinoids are legal under the regulations set forth by the 2014 Farm Bill.

How can you tell if CBD gummies contain THC?

Manufacturers will typically label their products according to how much CBD or THC they contain. Some products will be listed to contain zero THC content, such as isolate and distillate-based products.

Cannabidiol oils and tinctures that contain a broad- or full-spectrum of cannabinoids will typically contain 0%-.3% THC content, and should be labeled accordingly.

CAUTION: A recent Penn study of cannabidiol products sold online found that under one-third were accurately labeled for cannabidiol content.

For medical marijuana patients, or those seeking to avoid THC, mislabeling can be a detrimental inaccuracy. Always ask brands for an up-to-date COA (certificate of analysis), or ask for third-party lab results.

The lab results and/or COA will provide the chemical analysis that proves an extract’s concentration and purity. It’s important to check that the analysis has screened for toxins and pollutants such as pesticides, fungus, and heavy metals.

Also, check the analysis for exactly what was tested. Was it a raw extract that was used to manufacture products, or was it an individual product?

The more information you have the better informed your decision will be when shopping for CBD online and in person.

To be considered legal, CBD Gummies and other products must follow all local, state, and federal labeling requirements for health supplement products and must contain less than .3% THC.

Any cannabidiol gummies, or other CBD-infused products, that contain more than .3% THC are defined as marijuana, which is illegal on the federal level, but legally available in states or other regions that have implemented regulatory policies for hemp, medical marijuana, or cannabis.

As long as a product is manufactured accordingly under regulations and does not violate the THC limit, it is considered legal and can be shipped to all 50 states and U.S. territories.

Other regions’ and countries’ regulations of cannabidiol vary, but there is, globally, a growing consensus to legalize and regulate cannabidiol derived hemp.

Farm bill or Agricultural Act of 2014

The Obama era 2014 Farm Bill first opened the doors for a hemp industry to begin operating in the United States. It permitted higher education institutes and research facilities to apply for federal grants allowing the cultivation of hemp under the guise of pilot study programs. The legislation effectively created an open market for hemp derived products such as CBD via a technicality in the wording of the hemp section of the bill.

However, a ruling by the 9th Circuit Court of Appeals in 2004 solidified cannabodiols place in the market a decade prior. In a case of the Hemp Industries Association vs. the DEA, the court decided in favor of the HIA, saying that –

“They (DEA) cannot regulate naturally-occurring THC not contained within or derived from marijuana-i.e. Non-psychoactive hemp is not included in Schedule I.”

“The DEA has no authority to regulate drugs that are not scheduled, and it has not followed procedures required to schedule a substance. The DEA’s definition of “THC” contravenes the unambiguously expressed intent of Congress in the Controlled Substances Act (CSA) and cannot be upheld”.

The petition was denied. But, around the same time, the FDA approved a botanical CBD hemp extract formulation called Epidiolex from a large pharmaceutical corporation, GW Pharma. This was shortly followed by the DEA’s placement for Epidiolex as a schedule V drug.

The legislative contradictions have created significant confusion and uncertainty, however it’s highly likely that the 2018 Farm Bill will pass with the Hemp Farming Act included.

If passed it would create a legal and regulated hemp industry at the federal level. The legislation would essentially set in stone the legality of products such as CBD Gummies, oils, tinctures, edibles, topicals, and other hemp derived products.

Cannibidiol Derived in Hemp vs. Marijuana

Hemp and marijuana are in the same family of plants, known as cannabis. All varieties, or strains, of Cannabis, have the genetic potential to produce both CBD and THC.

Although they are similar in appearance, hemp and marijuana differ greatly in their chemical compositions. It’s this distinction in CBD and THC content that sets apart hemp from marijuana.

Most adult-use, or recreational, marijuana available for sale in legalized states is characterized by extremely potent concentrations of THC, or Delta 9 Tetrahydrocannabinol, and very low levels of of cannabidiol.

Medical marijuana, or simply cannabis, can be a term used to describe different varieties of both hemp and marijuana. Medical marijuana contains various ratios of THC: CBD, and other secondary cannabinoids, and is generally considered a higher quality product than regular adult-use cannabis. High-quality cannabidiol products are often referred to as medical marijuana, even if they contain little to no THC content. Moving into the post-prohibition era, terms for cannabis, hemp, and medical marijuana will continue to develop new definitions and connotations as perspectives as policies shift.

The various extraction methods will yield various final products, called concentrate or extract, which will all differ in appearance, consistency, and quality. In solvent-based extraction, harsh chemicals such as butane, propane, and hexane are often used to extract CBD hemp oil. However, these are toxic chemicals, and their residues can be found in the final cannabidiol concentrate, even if only in minute levels.

Until recently, processors did not have a solution for a safe, reliable extraction method. Now, advancements in extraction technology now allow processors to completely isolate individual molecules from the hemp plant.

Using specialized equipment that utilizes pressure, temperature, and carbon dioxide, a pure cannabidiol extract can be produced that contains absolutely 0% THC and completely free from contaminants.

Using CO2 extraction, along with the method of isolating and removing any unwanted compounds from the plant extract will produce what’s known as an isolate, or sometimes distillate.

Isolate is a highly concentrated form of pure, concentrated cannabidiol that can be used to manufacture various types of hemp-derived CBD consumer products such as oils, tinctures, edibles, topicals, capsules, and more. 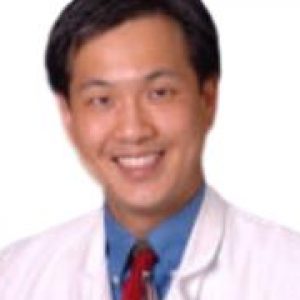 Dr. Chou Author
Dr. Victor H Chou, M.D. is the Founder and Medical Director of the Medical Marijuana Clinic of Louisiana, the first medical marijuana specialty clinic in Louisiana. He can be reached through his official website, MarijuanaClinicLa.com.
web
https://choumd.com/
email
[email protected]
follow me
×

Dr. Chou Author
Dr. Victor H Chou, M.D. is the Founder and Medical Director of the Medical Marijuana Clinic of Louisiana, the first medical marijuana specialty clinic in Louisiana. He can be reached through his official website, MarijuanaClinicLa.com.
web
https://choumd.com/
email
[email protected]
follow me